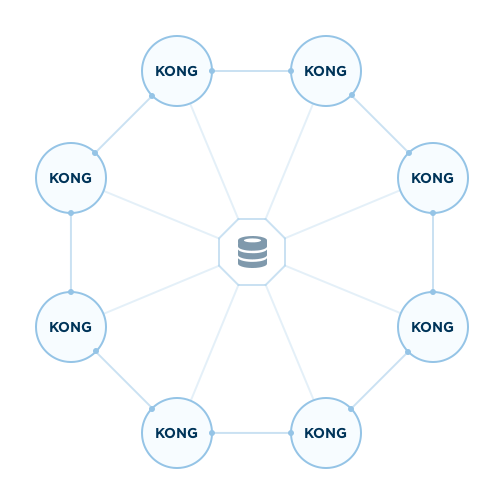 Once a Kong nodes joins one other node, it will automatically discover all the other nodes thanks to the underlying gossip protocol.

Sometimes the IPv4 address that’s automatically advertised by Kong it’s not the correct one. You can override the advertised IP address and port by specifying the cluster_advertise.